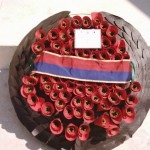 August 4th 2014 marked the centenary of when the United Kingdom declared war on Germany. It was eleven o’clock at night as Big Ben sounded out across the Thames – twelve by German time – when the ultimatum expired. In Europe, events had actually kicked-off on June 28th and began slowly to develop until conflict began on July 28th. Thereafter, events escalated.

Britain found itself formally at war with Germany although our Armed Forces were mobilized in readiness during the days leading up to the ultimatum. The country and its empire become involved in a conflict which at its end, over 1,500 days later, would account for over ten million deaths and the world would be changed forever.

The anniversary of the outbreak of the First World War is being commemorated throughout the country. Here at Holy Trinity Barkingside, a programme of events are being organised to mark the momentous occasion 100 years ago when the world was plunged in to the tragedy that was the Great War. 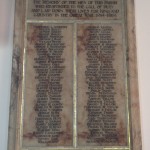 The symbolic heart of the programme will be the memorial plaque which is on the south wall of the church and shows the names of eighty-eight casualties known to us at the time. Like 1000s of other memorials which appeared during the 1920s in city centres, town squares, village greens and in churches across Britain, our plaque was erected as a permanent reminder of those men from our community who gave their lives during the first global conflict. 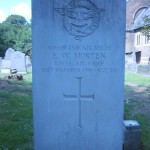 Despite ending in 1918, the images from the war are still incredibly powerful. Pictures of Tommy in the trenches at Flanders and on the beaches at Gallipoli, the guns of the Home Fleet firing at Jutland and the grainy film taken by daredevil pilots in their bi-planes as they circled over the Western front still resonate today.

We too would like to play a small part in maintaining the collective memory of the conflict by helping Holy Trinity and the community we serve to pay homage to those who fought and died in the Great War. With some events already in mind, we would like to hear from you with other suggestions as to how best we can commemorate the events of a hundred years ago and even better, join us in putting together the programme. 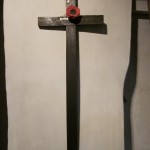 “We will remember them”

The names of the Fallen of our Parish will be remembered on the nearest Sunday to their anniversary.

If you are related to or have any information about any of our names please contact the Parish Office.

We have no definitive information of these men.
If you can help identify them, please contact us, as above. Thank you.
George Durrant
Frederick Hunt
Richard King
William Lee
Henry Stevenson
Frederick W Taylor
Harry T Taylor
John Thorogood

WITH REGRET EVENTS AT HOLY TRINITY ARE SUSPENDED UNTIL FURTHER NOTICE.

We are committed to Safeguarding Children, Young People, Victims / perpetrators of Domestic Abuse and Vulnerable Adults.

Our Parish Safeguarding Officer is Mr K Larbi who may be contacted at church or by email: psr@holytrinitybarkingside.org.uk